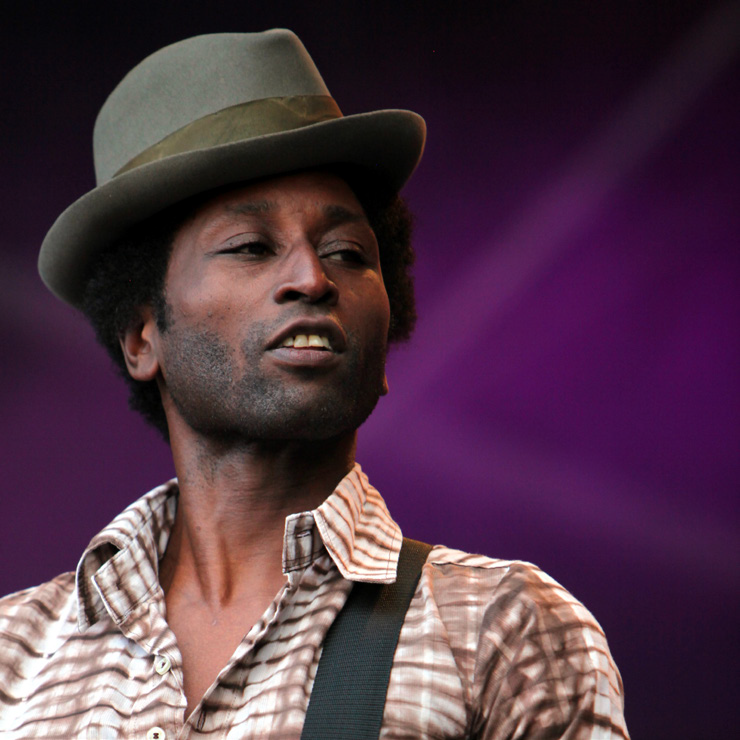 He was born in 1968 in Lagos, Nigeria. He is a singer- songwriter and guitarist. He left Nigeria when he was a teenager for England, he now lives in the United States, having one foot in France and one foot in Nigeria.

He has invented a new style: Blufunk, which he reveals with his Blufunk Is A Fact! He then defines Blufunk as a mix of his influences, Fela, Prince, Jimmi Hendrix, Miles Davis …: this mix of funk and acoustic blues carried by the global success of the single Rhythm is love was born.

Then, he did a series of albums with African Space Craft and Liquid Sunshine before finally winning the favor of the public and the media with the publication of Black Orpheus.
More recently, he released the Nigerian Wood album, which he inaugurated with a series of surprise concerts in the Paris metro stations.