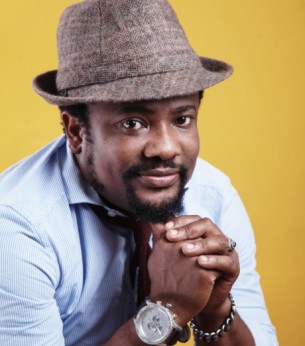 Born in 1981 in Kinshasa (DRC), Steve Bandoma lives and works in his hometown. After studying at the Academy of Fine Arts in Kinshasa, from which he graduated in 2004, Bandoma chose to go into exile in South Africa where he participated in numerous exhibitions. In 2009, he did a residency at the Cité Nationale des Arts in Paris. In 2011 he exhibits at Art Basel, Pointe Noire, London, and moves back to Kinshasa in 2012, where he exhibits at the Centre Wallonie-Bruxelles and then at the Institut français.

With his mixed technique made of drawings, colour projections and collages, Bandoma composes an aesthetic of explosion – or rather implosion -, chaos and suffering, often against the backdrop of a clash of civilizations. Faces, limbs, body fragments, animated statuettes, fetishes, all blend together to give life to creations that appear unbridled and disjointed but are in fact thoughtful and carefully ordered – most of the time the works are produced in series.

Steve Bandoma was present in the exhibition “Beauty Congo – Congo Kitoko” at the Fondation Cartier (Paris, July 2015 to January 2016). His last solo exhibition, entitled “Possession” was held in 2017 in Kinshasa (Espace Texaf-Bilembo). He is currently preparing an online exhibition, in duet with Amani Bodo, to be held at the end of 2019.