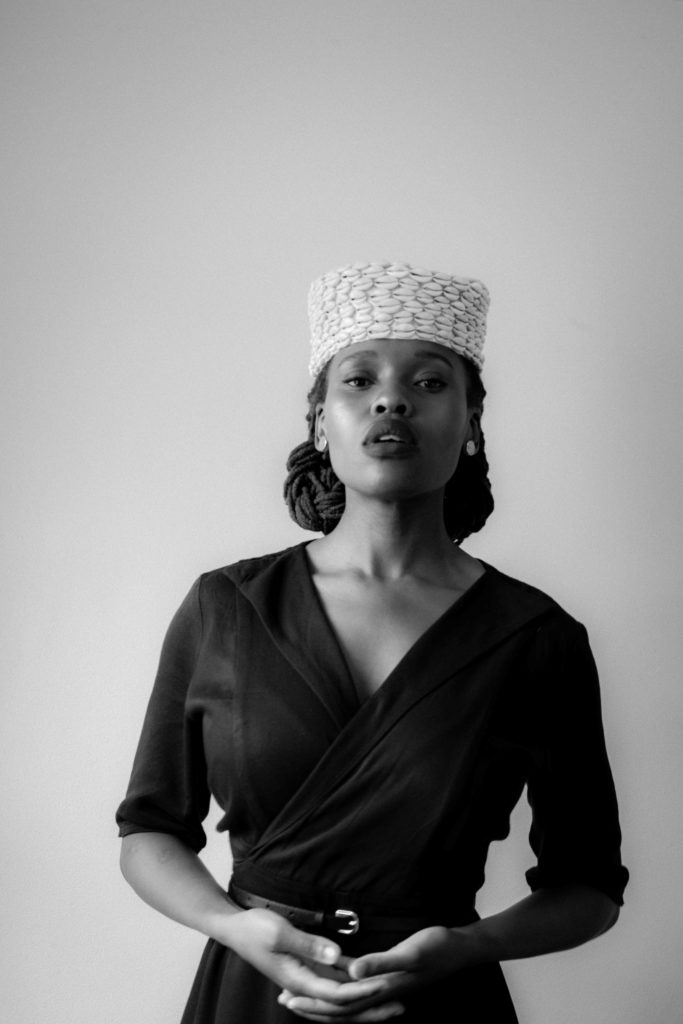 Sethembile Msezane was born in 1991 in KwaZulu Natal, South Africa. She lives and works in Cape Town, South Africa. She was awarded a Masters in Fine Arts in 2017 from the Michaelis School of Fine Art, University of Cape Town, where she also completed her Bachelor of Fine Arts in 2012. Using interdisciplinary practice encompassing performance, photography, film, sculpture and drawing, Msezane creates commanding works heavy with spiritual and political symbolism.

The artist explores issues around spirituality, commemoration and African knowledge systems. She processes her dreams as a medium through a lens of the plurality of existence across space and time, asking questions about the remembrance of ancestry. Part of her work has examined the processes of mythmaking which are used to construct history, calling attention to the absence of the black female body in both the narratives and physical spaces of historical commemoration.

Msezane is a recipient for the Best Visual Art in the Humanities and Social Sciences (HSS) Award for the National Institute for the Humanities and Social Sciences (2020). She is an OkayAfrica 100 women 2018 Honoree. Msezane was a TEDGlobal Speaker in Ausha, Tanzania (2017). She was a TAF & Sylt Emerging Artist Residency Award winner (TASA) (2016). Msezane is the first recipient of the Rising Light award at the Mbokodo Awards (2016). She is a Barclays L’Atelier Top 10 Finalist (2016). She is a Sasol New Signatures Merit Award winner (2015).

Msezane’s work has been widely exhibited across South Africa and internationally. It was included in All Things Being Equal…, the inaugural exhibition of the Zeitz MOCAA in Cape Town, and forms part of the museum’s collection, as well as that of the Iziko South African National Gallery in Cape Town, and the University of South Africa (UNISA), in Johannesburg. In 2015, during protests by the Rhodes Must Fall Movement, she presented the performance Chapungu – The Day Rhodes Fell at the removal of the Cecil John Rhodes statue at the University of Cape Town.