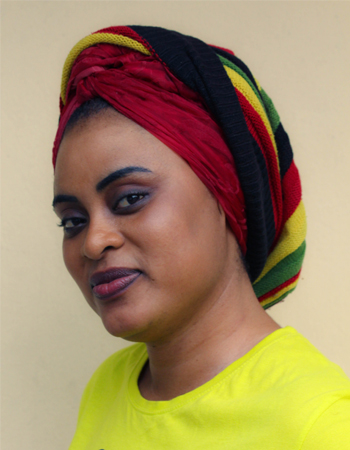 Rachel Malaika was born on 2 April 1986 in Kinshasa, DRC, where she now lives and works. Her artistic sensibility was revealed to her early on, notably by the artist Berry Malundamene who encouraged her to enter the academy of fine arts from which she graduated with a degree in visual communication.

Suffering from many hardships in her childhood, Rachel Malaika healed her wounds by immersing herself in art. Her dark recollections were a motivation to create. Very quickly the artist chose photography as an artistic medium. The artist was influenced by Yann Arthus-Bertrand and David Lachapelle.

The artist is now part of the collective “Bokutani Artistes Réunis” which brings together young Kinois artists to work on the development and promotion of contemporary art in Congo.