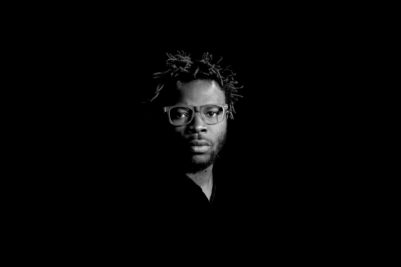 Mário Macilau is a multidisciplinary artist and activist, best known for his photographic work which he started in 2003. He was born in 1984 in Maputo and grew up, as do many children, working hard to help support his family in what were difficult circumstances within Mozambique. Over the years, his work came to a wide audience internationally, with him winning several major awards, travelling extensively seeing his work featured in some of the most prestigious galleries, art fairs and exhibitions globally.

His photographic practice highlights identity, political issues and environmental conditions, at times working with socially isolated groups to bring to his audience not only awareness of the many social injustices and inequalities in the world, but also scenes of humanity, brotherhood, victory, love and hope, often taking portraiture as a point of departure, his approach being a key to unlock a broader perspective.

For Macilau, photography has the power to reveal stark truths about life, to develop the social consciousness and perception of issues in Mozambique and elsewhere. His photographs reveal how particular environments affect individuals in their domestic and working lives, always seeking to establish a level of trust with his subjects to prevent the physical presence of his camera becoming a mental or emotional barrier to his subjects.

He has also been selected as a Jury Member in several international photographic competitions and over time, became aware of the impact that art can have on social consciousness and public opinion. This awareness has led him to build a studio in a township in Maputo, where he could expand his personal creative activities and also provide art education and outreach projects. This venture has now progressed to include an International Artist-in-Residence programme, encouraging collaboration between emerging international visual artists and the local community. He also regularly attends the Annual Photography Master Class in Africa organized by the Goethe Institute, Johannesburg.

In 2015, his first large format book was published by Kehrer Verla in Germany, with text contributions from Roger Ballen, Mia Couto, Simon Njami and Olivia Nitis, together with an interview by Gabriela Salgado. The book presents his longterm project with street children in Maputo, spending time with them in order to gain a deeper understanding of their reality by entering into their private spaces: bridges and abandoned buildings where they live and sleep, very dark, damp and dangerous places. Through focusing on the individuality of these children, he believes he has created personal encounters that make us consider the condition of these affected children not as a lifestyle choice but as one of the consequences of ongoing social changes and the transformations of our human values.

His work has been published in many newspapers and magazines globally and in May 2013 he was featured on Al Jazeera’s Artscape programme.

Macilau is also an entrepreneur and human rights activist, and actively runs and contributes to several projects aimed at raising awareness around social issues, social inclusion and economic empowerment.

Through the sale of his artworks, Macilau has raised about 30 000 USD over the past few years for organizations such as Positive Planet, Viva con Agua de Sankt Pauli, Gift of the Givers Foundation, Oxfam, and Independent Young Activists in Mozambique. As a motorcycle rider himself, Macilau is also a member of one of the largest motorcycle groups in Mozambique called MADODAS – whose primary interest as a group is to not only to ride together as a family, but to also participate and contribute to different communities by involvement in activities as well as by personal financial contributions.

Macilau is also founder of WALKING TOGETHER – WT, a non-governmental and not-for profit organization established in 2013. The organization aims to provide girls and woman access to education through making tools and resources available, and the ultimate goal of social stability and self-sustainability for the future.